We design and make WOOD PATTERN, MOLD, TOOL and MODEL MANUFACTURING for all foundry products and we offer each of them to customer.

The making of patterns, called patternmaking is a skilled trade that is related to the trades of tool, diecasting and moldmaking, but also often incorporates elements of fine woodworking.

Although a patternmaker usually makes wooden form from the plan faithfully, Ryuuichi Uenoyama who is the representative of Uenoyama technique can help to design the pattern.

We are enthusiastic about designing various kinds of pattern, tool, etc.

By a natural process, we have received the benefit.

Our original designed products are as follows: 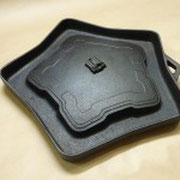 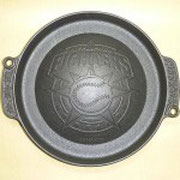 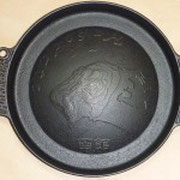 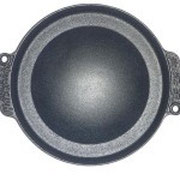 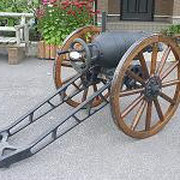 It's said that it has been known as grilled and barbecued mutton food.

Where is JINGISUKAN eaten ?

It's probably surprising that MUTTON has originally been eaten than BEEF and PORK, widely in the world.

However, in the case of JINGISUKAN, we can't eat it everywhere all over the world.

Because it's a popular food among people in Japan, especially in Hokkaido.

The characteristics of our complete JINGISUKAN NABE ?

Almost Japanese iron-NABE are lacquered and varnished. They usually peel off and it's difficult to go on using.

But, it doesn't need to bother you that the surface on OUR these JINGISUKAN NABE begin to peel off.

Because they have been protected with oxidized surface of the iron-NABE.

They have been completed closely from design to finish by Ryuuichi Uenoyama.

You can cook JINGISUKAN FOOD both indoors and outdoors, and enjoy with family, friends, or of course by yourself. IN addition, you can easily wash the NABE with a scourer after enjoying eating it!

Last, please evaporate the water of NABE with a portable stove or a cooker and put on  some oil, and you will be able to protect it.